Servando: This is a guest post from Dennis from Passive Solutions. Dennis was making $5,000+ per month with Amazon Associates and now he’s earning less than $500 after being banned by Amazon. Here you can read the whole story and what he learned while looking for new alternatives.

If you’re a frequent visitor, you probably remember me from the post “the difference between $1,000 and $10,000 per month” that I wrote a few months ago.

Well, things changed, for the worse.

What happened is that Amazon decided to close my Amazon Associates account and ban me from the program for LIFE. The reason; sorry I didn’t save the exact email, was something like this: “Your site or sites provide inaccurate, deceptive, exaggerated OR otherwise misleading information”.

Whoa those are some nice accusations right there!!!

Obviously I tried to contact them in a number of ways to find the reason behind this ban as the above was kind of vague, actually, the reason was a bit lengthier with more OR’s. Initially I didn’t receive any answer at all besides a copy/paste of the initial email.

So it took like 5 emails, 3 chat sessions, and 1 phone call to find out the real two reasons:

Apparently that’s not allowed and a quick warning email wouldn’t suffice I guess…, as it could’ve been fixed in a matter of minutes.

Are those the real reasons?

Personally I feel this wasn’t the complete reason, I bet they just weren’t too happy with the quality of some of the sites and just came up with those lame reasons.

LEARNING POINT 1: Be very careful with mentioning prices, user reviews and ratings if you don’t pull it from their API, better said: “Don’t use such dynamic metrics at all”.

By the way I also contacted my Amazon account manager, that was dedicated to me not long before the ban, she wasn’t of any help at all and simply told me that they are two completely different departments. Alright, after quite some anger and what not I decided to accept it and move on as it became more and more clear that they don’t give a damn and well, Amazon isn’t the only shopping platform right?

When looking for another program some names pop up rather quickly, for example:

Here some quick thoughts on each of them:

eBay – As my sites mostly rank for ‘best <product>’ I personally feel that eBay isn’t the very best match. Also in terms of warranty I wouldn’t feel too secure with all those ‘dubious’ eBay sellers. That’s just my personal opinion.

AliExpress – Unsuitable as people look for quality so when they type in ‘best rice cooker’ they don’t want some cheap crappy Chinese product for 10 bucks. Instead they are well prepared to spend over a hundred dollars to get the best one.

Walmart – Sounds like a great alternative to me, however only 4% commission.

Bestbuy – Didn’t look that bad either till I found out they offer between 0-1% commissions so I scrapped that early from my list.

Target – I know this company from Holland, they are not particularly big but it’s a reliable company and they offer 6% commissions, not a bad idea to give it a try, I thought…

So I decided to give eBay, Walmart, and Target a try.

To leave you no longer in excitement, I made a whopping $300 in the last 45 days, as not all sites were instantly monetized let’s say that equals a full month.

What the heck, that’s like 10% of what I used to earn per month through Amazon!!! What’s even worse, one sale produced a commission of $110 at eBay, no idea what they bought as eBay doesn’t seem to report that or I haven’t figured that out yet.

Let’s look at the conversions of those alternatives

Here are my conversions and earnings from the eBay affiliate program: 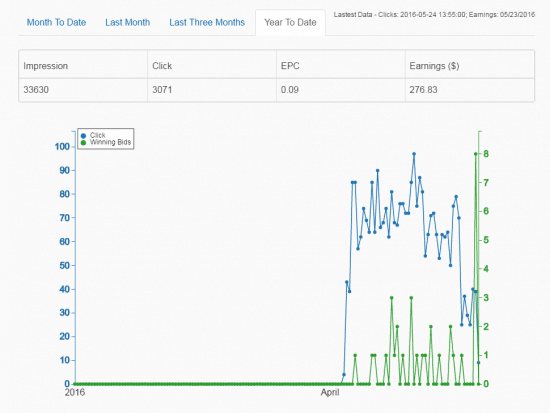 And here you can see my conversions and earnings from the Target affiliate program:

Sorry, I can’t provide a screenshot as each website needs to be signed up individually but those 3 are the main programs I tested.

What about my conversions at Amazon vs the others?

In the last month with my Amazon Affiliate site I converted at a rate of 5.5%. That would mean that I would’ve made 55 sales based on 1000 clicks.

As you can see eBay is the big winner here and I think I could increase that to 1% if I solely search for products with a buy now button instead of directing them to a search page which I frequently did as I didn’t feel like updating products every single month as it often involves ‘rest stock’. That means they buy a bunch of products from a company that went bankrupt so it’s more often than not a very limited supply and nothing ongoing like at Amazon where the major brands/manufacturers sell themselves.

Still I have a very hard time pulling my head around on those absolutely dramatic conversions, I mean Walmart is pretty much of a price breaker but still only converting at a measly 0.1%.

I can hardly believe it and feel some dubious practices might be going on there.

And take Target, I used them for a while on my best performing site, and the products were very similarly priced as on Amazon, many the exact same price level and the same vendor they work with. Still I could only get it to 0.35% with direct linking to product pages.

Quick conclusion: Those alternatives SUCKED big time for my sites.

Back to Amazon, it is!

Well that’s not really an option of course, but based on the stats you’ve seen above it is really our ONLY option. I forgot to mention that I also tried some Adsense, a site that used to do $250/month brought in $2,50/month with Adsense monetization, hardly worth mentioning but just in case if you thought that could be your backup plan.

To get back to Amazon we have a couple of options, let me outline them quickly and talk a little more about the safety measures you have to take and how durable it can be:

What a strange company is this, I signed up, applied for multiple merchants (has to be done individually), after weeks none approved me, after an email to their support desk I was instantly approved for a number of them. After I applied for Amazon as well, again nothing for weeks and support tickets remained unanswered. Well just forget about this dubious company as in the weeks that I wasn’t approved I did generate a LOT of clicks, with zero in return.

Requires you to have a site that generates traffic already, with this company I’ve been a little creative with my personal name, I also created a new email address and added that email address to my PayPal account. I redirected one of my better-performing sites to a new domain, moved the site, and changed the theme and structure a bit, though kept the old content. So far so good. Skimlinks approved me and with Skimlinks you get approved for every merchant in their program, no need to sign up individually, which is great.

I haven’t had time yet to adjust and redirect my other sites as I was in the progress of testing Walmart after the disaster with eBay, Target, Adsense (and some smallish individual niche-based vendors) but I see Skimlinks as a viable option to get things running quickly.

I’m not exactly sure how much Skimlinks pays as they provide an average commission and as you probably know the electronic department pays only 4% vs up to 8.5% for other products so let’s see.

Durability: As I’ve been a little creative with my real name and created a new email account my exact name will obviously show up when I receive my first payment through PayPal. I have no idea if they cross-check this. I do assume that if I would use my name as it’s written on my passport that they would find out rather quickly and if I hadn’t redirected my domain name they would’ve probably found out instantly as well so let’s see. Playing a bit with fire here.

I won’t go into any specific countries here but if you want to stay 100% under the radar this is the only way to go.

I contacted Payoneer about this and yes you can hook up a company bank account with a Payoneer account under the company name.

Amazon also allows for affiliate accounts on a company name so there’s no reason for your name to show up anywhere.

Now if you’re a little paranoid like I am it’s smart to have your offshore formation company assign nominees for you as well as a director, this doesn’t come for free of course but prevents you from showing your real name on the company documents. To be in full control of the company you sign a power of attorney with the assigned director. All this comes at a price tag of about 2,500 euro in the first year and 1,500 years in follow up years, depending on where you have your company registered so take it as a ballpark figure. This number comes from a respective company formation company with good reviews all over the web, I’m pretty sure there are more affordable ones but I rather pay a little more and do business with a reputable company.

As for your affiliate sites, I personally wouldn’t take the basic steps I’m taking with Skimlinks now, what I mean is that I wouldn’t just move the site to a new domain, set up a redirect and call it a day. I would go one or two steps further:

As for me, I’m currently in the process of adjusting my sites for Skimlinks to see what that brings and my last resort is an offshore company formation in combination with option number two!

Is this all worth it?

Some may argue to just give it up and focus on other ways to create a passive income, that’s all fine and well but I tailored my private blog network pretty much to physical product niches, plus the fact that I spend tens of thousands of dollars on my sites, a huge part of that is link building content so I don’t feel too happy with throwing that away and as I’ve shown you, eBay, Target, Walmart, Adsense (including any alternative to Adsense) are no viable alternatives.

Besides that, I’m really no fan of digital products (Clickbank, JVZoo, etc.), call it a personal thing.

Obviously I could start to focus on health products, lead generation, or perhaps even software reviews or web services. There are plenty of possibilities of course and I will pursue some of those ideas on the side.

But I will also continue with Amazon as it’s a very well converting platform AND it’s not a bad idea to have an anonymous tax free offshore company in your portfolio.

Anyway, I hope you learned some things from this. Understand that your Amazon account is worth a lot more than you initially might think so be careful about it and don’t take it for granted that you can setup shitty sites and get away with it as once you do start to make a considerable income they will double-check you!

I really don’t think it’s a coincidence that I get an account review shortly after I got contacted by a dedicated account manager. Oh and I just reached total earnings of $50k+, such a nice round amount. At least it covers my expenses!

This post was written by a Featured Contributor. If you're interested in writing an amazing case study, guide or any SEO/Marketing related blog post READ THIS. 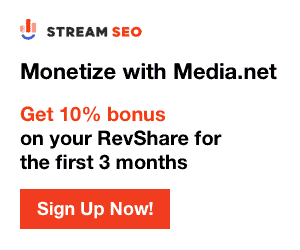