This post contains affiliate links. If you click on a link and make a purchase, we may earn a commission at no additional cost to you.

We all have been there. Creating a blog, installing WordPress and going crazy with Google Analytics, and because we have much to do and so much to learn, we sometimes commit awful and ridiculous blogger mistakes.

2011 was the year I started as a “Blogger“. I had created some other websites before, but this was my first solo and the first time I was using a blog structure on my website.

I did some good things.

And I did some other awful things, mostly because I wasn’t as engaged as I am now, and because I was on the basic learning curve But the good news is that I’m doing much better now and Stream SEO is increasing its traffic on a weekly basis.

2013 looks wonderful for my blog and I already did my plans and setup some monthly goals, but it’s always good to look backwards to know what we did wrong so we don’t repeat our mistakes again.

After all, that’s why we study history, isn’t it?

I like to write this kind of posts because I can see what I did wrong and commit in front of an audience. It’s not only myself who I’d be failing next year, but also to all of my readers. And you wouldn’t like it, right?

Stream SEO was created back on January 2012, and while the first  month was all about design, coding and planning, it was until February that I published my first posts. But I really did not do that much after that. I added a pair of posts on march and April, and then one more on May. So, that’s a total of 5-6 posts in 4 months!

Oh, and it doesn’t end there.

Somehow, I was trapped on my laziness and instead of writing posts at least every week, I didn’t write anything else until August.

It wasn’t until google ranked my website with PR 1 that I started working again.

I don’t think so. In fact I had so many articles to write and I was overwhelmed by the quantity of plans and the hard reality of me doing anything. Nowadays, I still have a plan, but I try to follow it on a weekly schedule and avoid getting overwhelmed at all. 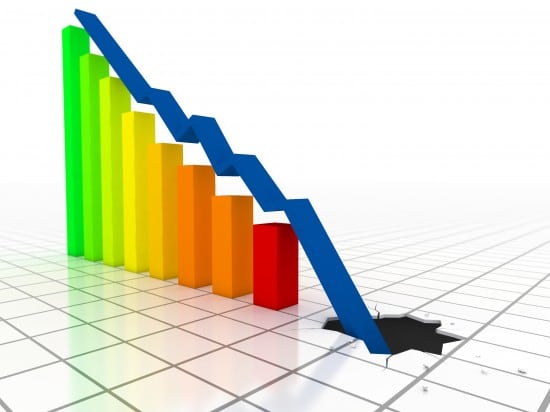 Mistakes can kill your blog in weeks or days!

Because the first half of the year I had close to no content, I didn’t want to promote my blog writing guest posts. I felt like I was going to promote something that didn’t worth it, and I was correct.

If instead of being lazy for 3 months I’d have written many great articles, I could have focused on guest posts the second half of the year. I, however, managed to land a Guest Post at famous bloggers on November 2012.

And you know what?

That unique post has been shared almost 200 times via different social networks and has 30 comments already. People thanked me because of my great story, and I’ve received many emails and comments here at Stream SEO from people that came after reading my guest post.

It even helped me gain some great blogger friends and new connections, along with Twitter followers. Guest posting is great, not only because it helps you show who you really are in front of an audience, but also for SEO purposes. I could have done at least 5 guest posts in 2012 but I didn’t. Note to  myself: Submit great Guest Posts on 2013. At least once per month.

It wasn’t an impossible task, but it was out of my reach. And the more difficult you see your goals, the more probabilities to fail you’ll have.

Perhaps if I had stablished a 10 posts target I would have reached it. Who knows?

Never forget to set reachable and measurable targets or you might fail as well. Measurement is really important because otherwise you won’t know how you’re doing until time’s over. And don’t forget to divide your general goal into small targets you can reach. Want to do 8 posts a month? Then divide it into weeks (2 per week).

One of the first things I did on 2012 was to setup my Facebook Fanpage and Twitter account so people could follow me. I even created a Google+ account, but I failed to publish my articles there. It was an easy task, but since I had no followers, I didn’t think it was important.

5. I studied more than I should

Most of the time as a blogger on 2012 was dedicated into studying different things: SEO, Content, Social media, engagement, Page Rank, Passive income, etc.

Who would say studying too much can be a harmful thing?

I spent most of my time reading blogs and following people, instead of working and creating great content. It’s true that everything helped me reach my current traffic and I definitely feel more comfortable now, but I should have balanced it better. Maybe 50-50%, or 60-40%, but I guess I did something more like 80-20%, where 20% was the amount of time I was writing and 80% of the time I was reading different blogs.

Most bloggers do this on a daily basis and don’t notice until it’s to late. We’ve been raised to think studying and reading are both great things to do. You can never have enough, but it turns out you can. Stop reading and get back to work!

With all kind of technology at my hands, I was always watching site’s traffic and statistics.

Did someone clicked one of my articles? Great!

Someone clicked one of my affiliate links? wohoo

However, watching statistics kept me doing everything but writing. I’ve got to admit that i still have this problem nowadays, but I know how to control it. Instead of going into Google Analytics, Jetpack or Webmaster tools a hundred times per day, I only visit them 5 times or so. My target is to visit them 2 times per day, and no more.

Watching statistics isn’t going to help me get more traffic. Writing content will.

7. I had a secondary blog

At the same time I launched Stream SEO, I also launched another blog. It was supposed to be something about efficiency and life, but I barely had time for Stream SEO, so of course, that blog was a failure. I even offered someone a payment for her posts, but it didn’t work either.

After 1 year, I managed to publish 4 posts there. Compared to SS (Stream SEO) where at the end of the year I published more than 30 posts (even though most of them were published after August), that’s close to nothing. And the worst thing is that I have no idea on how to monetize it.

Instead of spreading your focus into multiple projects, focus on one and stick to it. Once you’ve reached a decent level where it becomes sustainable, you can think about a secondary project. That’s why I can finally launch my niche site challenge, work on it and at the same time post great content here. I can’t imagine myself doing that 6 months ago.

8. Try too many affiliate products/services

As promised before, I’d never recommend an affiliate product if I haven’t tested it before. In the blogosphere there are a lot of great (and awful scams) products to share with, but you need to select the best ones for your audience. Because I love testing products, I can usually recommend a lot of them,  but sometimes it’s enough to set a limit. Some of my best affiliates have been Market Samurai, Bluehost and Elegant Themes.

Others didn’t convert that well (yet), but now I know it and I can focus on them. This doesn’t means that I won’t be testing new products, but at least, I will keep my distance and I’ll try to avoid spreading too much. You know, it’s good to create multiple passive income streams and not to put all your eggs in one basket, but don’t exaggerate.

Are you too embarrassed to share them or do you expect to fight and get over it on 2013?

If you selected the second, you’re welcomed to share things with me and the rest. It also works as a way to make better commitments in front of an audience.

Remember: we all have been there, and we need to keep moving. The worst thing you can do is to keep your bad habits as a secret and them having them haunting you back at the end of 2013. Otherwise you’ll fail after a few months.

Get rid of them now!

Servando started Stream SEO in 2012. He is a full-time affiliate marketing expert and blogger. Servando has been able to generate more than 7 figures with various digital marketing strategies. Read more here.